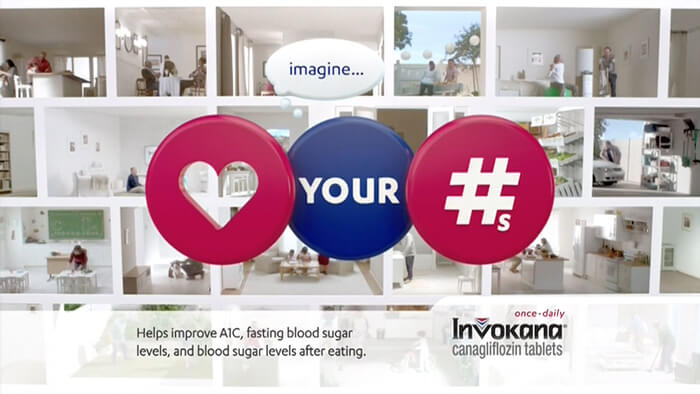 The latest video advertisement for the popular diabetes medication Invokana features actors with ear to ear grins and magical effects setting a very jovial tone. While the advertisement does include a voice over listing some of Invokana’s side effects, its fails to communicate the seriousness of Invokana complications.

Invokana is an oral medication that helps manage blood sugar levels in patients with type 2 diabetes. It works by helping the kidneys remove glucose from the bloodstream through urination. Invokana’s harmless side effects include dry mouth, dizziness, frequent urination, and lightheadedness.

Some patients experience much more serious side effects though, including chronic kidney disease and kidney failure. The Food and Drug Administration (FDA) released a safety statement earlier this month explaining the FDA would be revising the safety label of Invokana to include the risk of kidney injury. This was prompted by more than 100 reports that the drug caused acute kidney injury between March 2013 and October 2015. Some of the reported kidney injuries required hospitalization and dialysis.

But kidney injuries aren’t the only serious side effect patients are reporting. Recently, a couple form Illinois filed a lawsuit alleging Invokana caused the wife to suffer a stroke. Other patients are claiming the drug can also cause nerve damage, blindness, heart disease, high blood pressure, and heart attacks.

To make matters worse, clinical trial results have indicated patients who take Invokana are twice as likely to require amputation than patients taking other medications for the management of diabetes. This prompted the European Medicines Agency (EMA) to urge doctors to stop prescribing the drug to some patients.

When the drug was approved by the FDA in 2013, Invokana’s manufacturers were also ordered to perform five post-marketing studies on the safety and efficacy of the device. While the studies are ongoing, plaintiffs are eagerly awaiting their results.