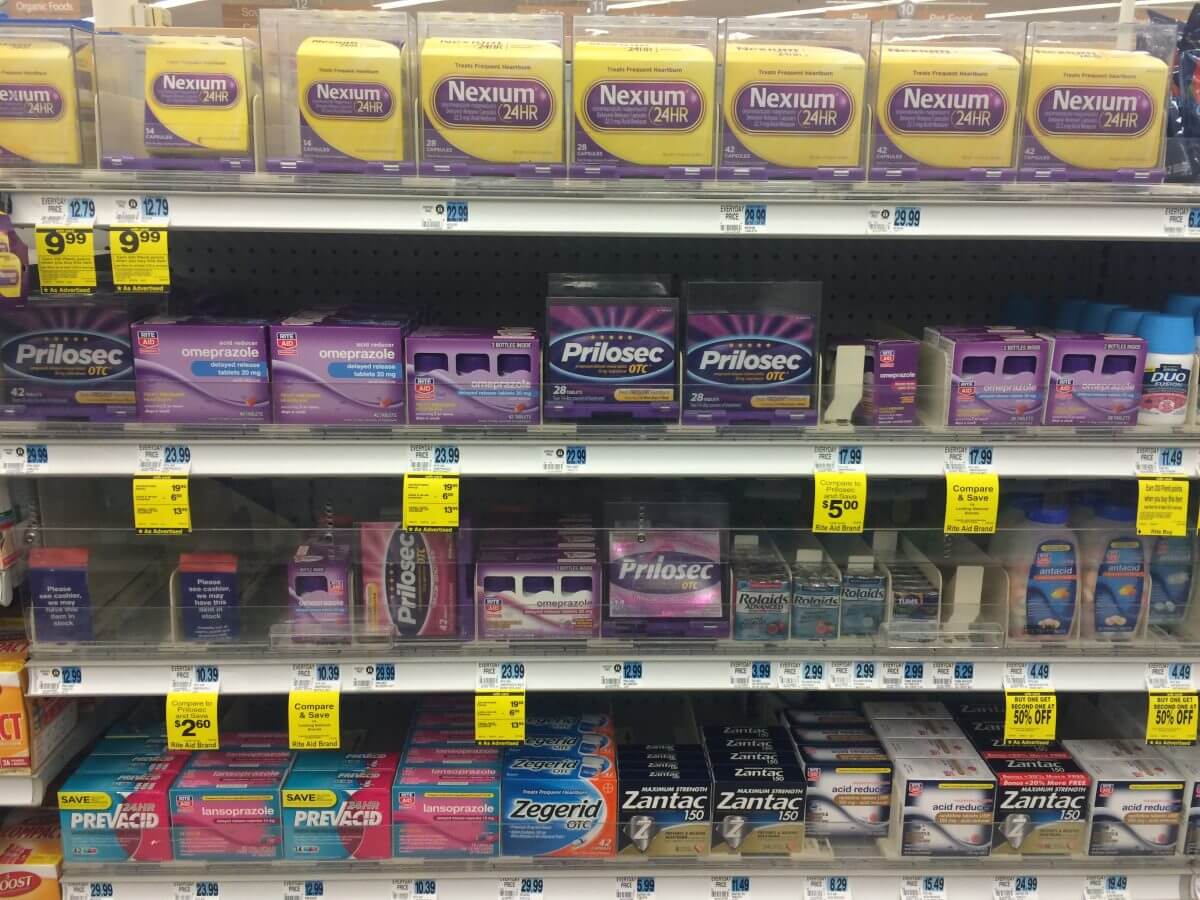 While evidence linking common heartburn drugs to dangerous side effects has greatly increased over the past year, a new study might really cause heartburn sufferers to rethink their medication. Researchers recently analyzed data from twelve separate clinical studies to determine the effect of popular heartburn medications like Nexium and Prilosec have on the development of stomach cancer.

The study looked at a particular type of heartburn medication, called proton pump inhibitors (PPIs). PPIs work by reducing the amount of acid in the stomach, thereby relieving the symptoms of heartburn. Some of the most common PPIs like Nexium and Prilosec are available both by prescription and over the counter.

Researchers determined patients taking PPIs for long periods of time are at a higher risk of developing fundic gland polyps (FGPs). FGPs are small masses of cells that form on the lining of the stomach. While most FGPs are harmless, FGPs with a diameter greater than one centimeter carry a risk of cancer. FGPs this size or larger need to be surgically removed to prevent the spread of cancer.

In addition to a possible cancer link, studies have shown PPIs can cause a variety of other debilitating side effects, including chronic kidney disease, or the gradual loss of kidney function over time that eventually requires dialysis or even a complete kidney transplant. PPIs are also believed to put patients at an increased risk for certain types of infections because decreasing the acidity in the stomach actually weakens the immune system.

These serious side effects have caused many patients to file lawsuits against drug manufacturers alleging patients were not adequately warned of the risks associated with PPIs. While the litigation is in the early stages, the widespread popularity of heartburn medications means millions of patients have been exposed to these risks and thousands could file lawsuits of their own.