What Happened To The Johnson & Johnson Credo? 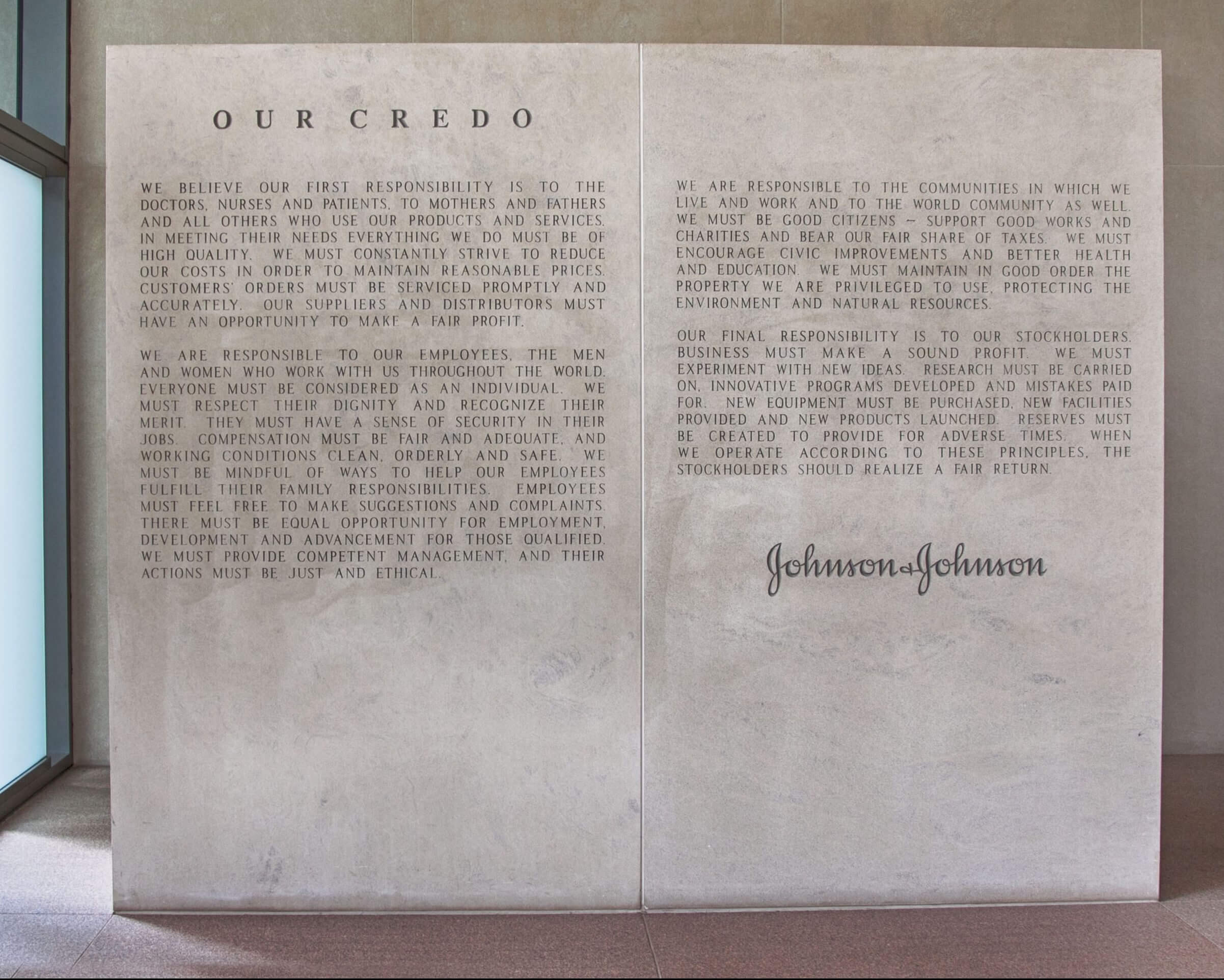 Before Johnson & Johnson (J&J) became a publicly traded company in 1943, the company’s chairman and member of the founding family, Robert Wood Johnson, created the company’s credo. Considered the “moral compass” of the company, the credo states J&J’s first responsibility “is to the doctors, nurses and patients, to mothers and fathers and all others who use our products and services.” But a number of stunning trials have illustrated the company’s negligence and failure to uphold the high standards dictated by its credo, leaving many consumers to wonder what happened to J&J’s credo?

To say the company’s betrayal of its credo is a recent development would not be entirely correct. While it is difficult to pinpoint the exact turning point for the company, plaintiffs in the ongoing baby powder cancer litigation might suggest it began in the 1980s.

In 1982, Dr. Daniel Cramer found the first statistical link between the talc used in baby powder and ovarian cancer. Concerned by this discovery, executives from J&J met with Dr. Cramer to discuss his findings and convince him that talc was perfectly safe.

Throughout the next decade, mounting studies linking baby powder and ovarian cancer forced the company to mount its own investigation in the 1990s. An independent consultant advised the company not to continue to defend the safety of talc and either to place a warning on its products or to replace the talc in its products with cornstarch. The company ignored his advice.

But baby powder plaintiffs aren’t the only ones wondering what happened to J&J’s credo. Thousands of men across the country were stunned to discover the antipsychotic Risperdal they took as a child caused them to develop gynecomastia, or a growth of female breast tissue.

Despite the fact that Risperdal was not approved for use in children until 2006, in 2000, children accounted for nearly one-fourth of all Risperdal prescriptions. Unfortunately, children weren’t the only ones hurt by Risperdal. The drug was also illegally marketed to treat dementia in the elderly. Risperdal would eventually receive a black box warning from the FDA, the most severe warning possible, because it caused a high number of strokes in elderly patients.

In 2013, the company agreed to pay $2.2 billion to resolve criminal charges of illegal marketing of Risperdal, offering illegal kickbacks to doctors and companies, and for defrauding the Medicare and Medicaid systems.

But these are not the only instances of J&J’s negligence. The company currently faces more than 50,000 lawsuits over its products like the power morcellator, the anticoagulant Xarelto, pelvic mesh, Pinnacle hip implants, and the diabetes medication Invokana. In the face of so many lawsuits, consumers across the country are wondering what happened to the Johnson & Johnson credo.