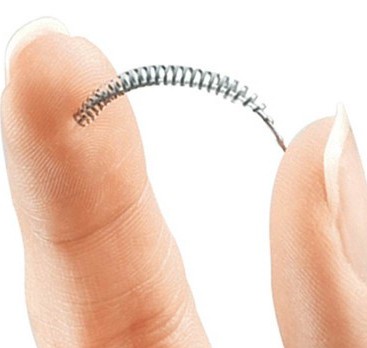 Essure is a non-surgical form of permanent female sterilization, designed to prevent pregnancy, developed by Conceptus Inc., a company owned by Bayer. This form of birth control works by causing scar tissue to build up in the fallopian tubes around its metal coil, preventing sperm from fertilizing any eggs. Three months after the device is placed in the body, a radiologist performs testing to make sure that the fallopian tubes are completely blocked and that the patient will not get pregnant.

Essure birth control became popular as a permanent sterilization method because a qualified gynecologist can perform the implantation procedure in approximately ten minutes. The insertion of Essure does not require an incision (cut) or general anesthesia, and is also non-hormonal. Essure is considered a permanent form of birth control and is not intended to be removed.

Essure and the FDA

The federal Food and Drug Administration (FDA) approved the reproductive healthcare device in 2002 after five years of clinical trials. To date, approximately 750,000 women have chosen to use Essure.

According to the Food and Drug Administration, the short-term risks from Essure include mild to moderate pain, cramping, vaginal bleeding, and pelvic or back discomfort.

Between November 4, 2002 and May 31, 2015, the FDA received 5,093 reports of problems related to Essure. The most frequent and troubling problems have been pain (3,353), heavier menses/menstrual irregularities (1,408), headache (1,383), fatigue (966), weight fluctuations (936), movement of the device (482), device operating differently than expected (301), and device breakage (259). At least four maternal deaths and five fetal deaths due to the device have been reported since its introduction. With so many reports of adverse effects, women who have experienced complications from the device are blaming Bayer for not warning them of the more serious side effects.

Many women chose Essure because they believed it was a safer alternative to surgical sterilization, but a study published by the British Medical Journal found that women who use Essure are ten times more likely to require follow-up surgery than women who get their tubes tied. Many of the women suffering from the side effects of Essure are forced to undergo hysterectomies to remove the device. If the device migrates to other parts of the body, punctures the fallopian tube, or if the device breaks, it can cause severe pain in the patient. However, hysterectomies come with their own risks including infection, fallopian tube collapse, kidney failure, heart attacks, and strokes. Young women having premature hysterectomies experience early menopause symptoms that can severely impact their quality of life.

In 2011, women began banding together calling themselves “E-Sisters” to share their negative experiences with the device to force the FDA to review the safety of Essure. In addition, government officials have become increasingly involved in the Essure side effects controversy, including Rep. Mike Fitzpatrick who introduced the E-Free Act to Congress to take the device off the market.

After thousands of complaints over the device, the FDA launched a review of Essure that concluded on February 29, 2016. The investigation led the FDA to require a new, mandatory clinical study of Essure to determine the heightened risks for particular women. In addition, Essure packaging must now include a black box warning, the most severe warning before a medication or medical device is taken off the market. While the clinical study is taking place, the labeling will also include a Patient Decision Checklist to make sure patients and doctors fully understand the risks and complications associated with the device.

While the FDA’s black box warning and mandatory studies will help patients and doctors better understand the risks and complications of the device, many women harmed by the devices believe the FDA should have pulled Essure off the market completely. With thousands of formal complaints to the FDA regarding the device, concerns over whether the device should be allowed on the market while clinical studies are underway are rapidly rising.