How Clever Marketing Masked the Side Effects of Prilosec 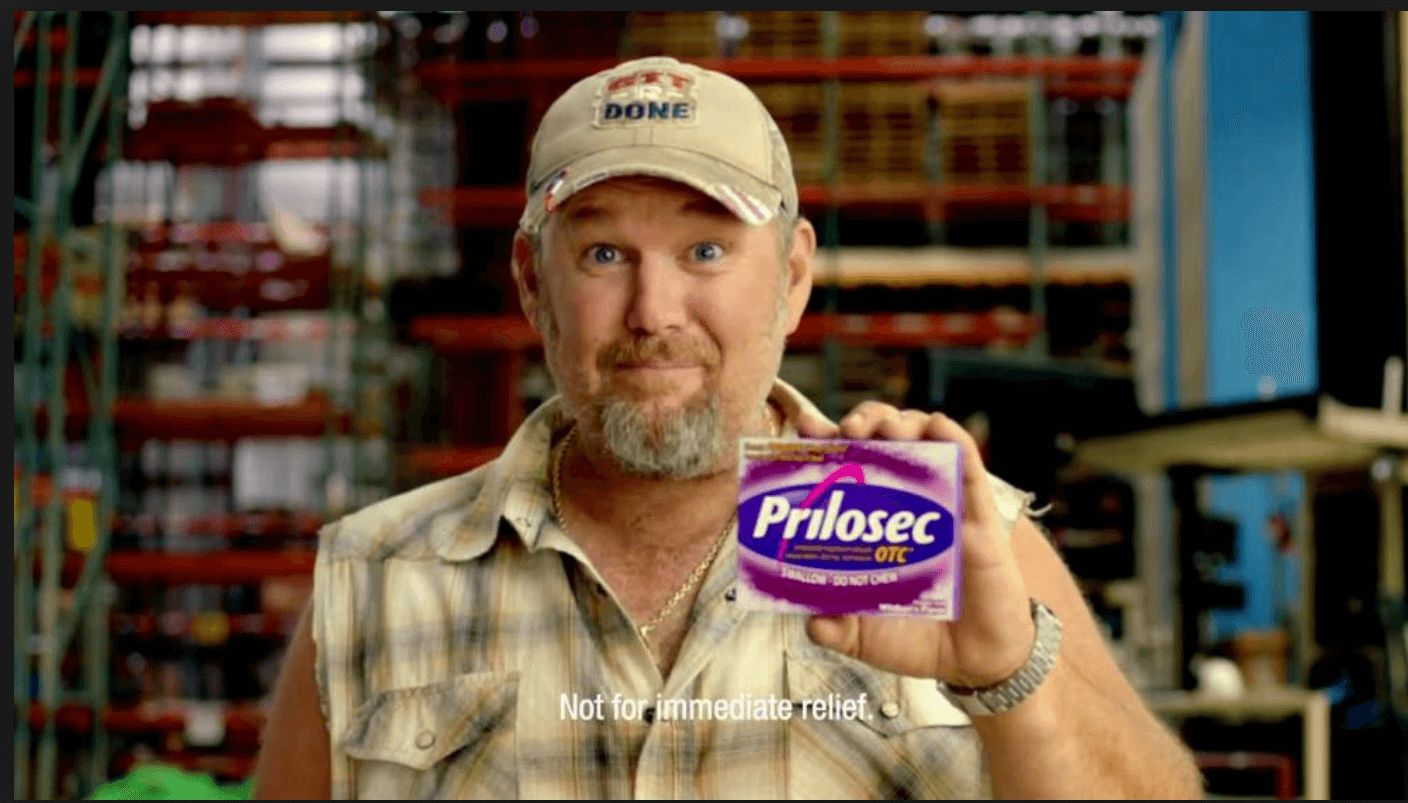 Prilosec is one of the most popular over the counter heartburn medications available in the U.S.; however, recent studies have shown that the medication can cause chronic kidney disease and kidney failure. With creating a nearly 28% higher risk of developing chronic kidney disease over patients taking other heartburn medications, how did Prilosec rise in popularity without sounding the alarm?

Prilosec might be best be known by consumers as the favorite heartburn medication of Dan Whitney, better known as Larry the Cable Guy. While his television commercial endorsements seem amusing, if not comical, to viewers, they overshadow the seriousness dangers of taking Prilosec.

What consumers might have missed in the popular television commercials is the small print at the bottom that warns patients not to take the medication for more than 14 days and not more often than every four months.

Prilosec is a type of heartburn medication called a Proton Pump Inhibitor (PPI) that works by reducing the amount of acid in the stomach. Two recent studies found PPIs greatly increase risks of severe complications like chronic kidney disease, and that the risks increase with time.

Drug manufacturers have a duty to properly warn all patients of risks associated with their drugs; but, many are accusing Prilosec’s manufacturer, Proctor and Gamble, of failing to warn patients about potential kidney side effects. While the company maintains that the drug safe, the lawsuits gearing up across the country seem to disagree.