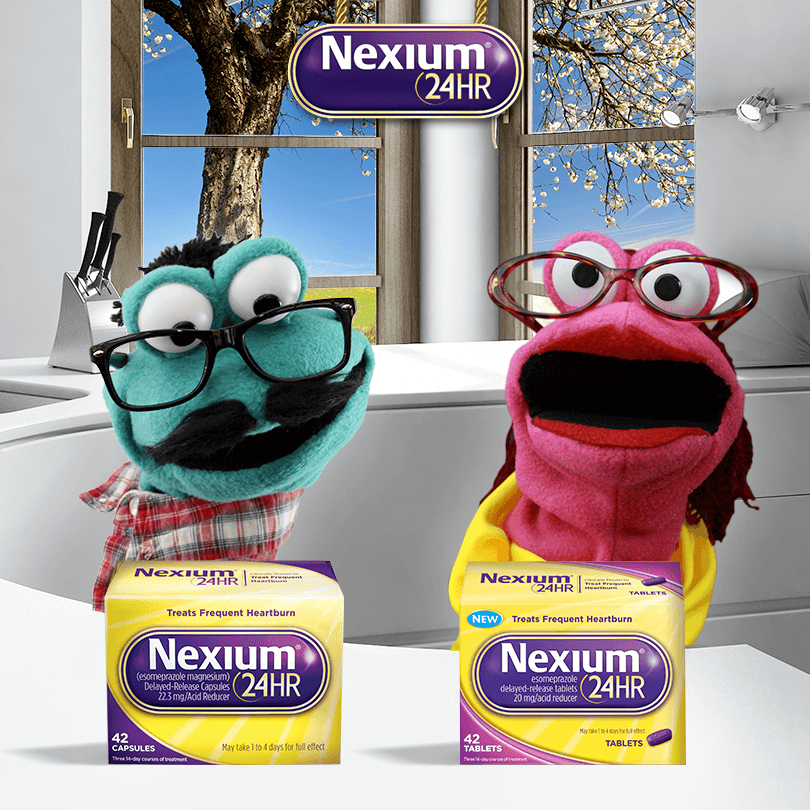 A study published last month in Circulation Research might be the nail in the coffin for some of the world’s most popular heartburn pills. Medications like Nexium are Proton Pump Inhibitors that work to reduce the amount of stomach acid rising up into the esophagus. However, these medications come with serious risks, including chronic kidney disease and kidney failure.

Despite the seriousness of Nexium’s side effects, the drug’s manufacturer, Pfizer, is using sock puppets in its social media advertising campaigns. The jovial nature of the videos fails to properly illustrate a very important fact – most people taking Nexium don’t actually need it.

Proton Pump Inhibitors like Nexium are designed for individuals that suffer from gastroesophageal reflux disease (GERD) where a weakness in muscles in the stomach and esophagus cause stomach acid to rise up into the esophagus. While there are plenty of Americans who suffer from GERD (nearly 15 million), many are putting themselves at an unnecessary risk.

Since 2014, Nexium has been available as an over the counter medication, meaning it does not require a prescription. Prescription or not, people around the country are accusing Pfizer of not adequately warning consumers of the risks of chronic kidney disease and kidney failure, and it will take more than sock puppets to convince the world that the drug is safe.