How To Reverse Xarelto Bleeding Side Effects 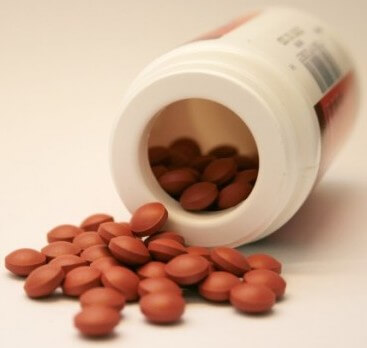 With the increasing popularity of the anticoagulant Xarelto, doctors and hospitals are seeing more adverse bleeding events than before. Without a formal antidote approved by the FDA, hospitals are implementing new protocols to reverse the effects of Xarelto.

PCCs are often used in conjunction with rFVIIA, a protein that can prevent bleeding in patients with hemophilia. This protein works by boosting clotting factors II, IX, and X. Together, PCCs and rFVIIA go to work by replacing the missing clotting factors and enhancing the ones that are still present. The combination has proven successful at forming clots on patients experiencing uncontrollable bleeding.

PCCs can also be used with Fresh Frozen Plasma (FFP). FFP is the liquid portion of human blood kept at a cold temperature for use in blood transfusions. While FFP is most useful in reversing the effects of Warfarin because of its high Vitamin K content, it can also be useful in reversing other blood thinners like Xarelto because it contains blood clotting factors and proteins that promote clotting.

When faced with an uncontrollable bleeding event due to an anticoagulant, some physicians may choose to use hemodialysis to flush the medication out of the patient’s system. Hemodialysis is a process that removes wastes from the blood, and it has also been shown to reduce the presence of anticoagulants. While hemodialysis might not be a viable option for an elderly or frail patient, continuous hemodialysis has proven to help patients who are experiencing an uncontrollable bleeding event.

Because the FDA has yet to approve an antidote to Xarelto, any one of these methods might be combined to reverse the effects of the blood thinner. While these methods have yet to be studied in large clinical trials, emergency room physicians are finding these new protocols give patients the best chance of surviving an uncontrollable bleeding event.